The Joom Group team employs over 400 people working in offices located in Riga, Hong Kong, Shenzhen, Luxembourg, Berlin, Palo Alto, St. Petersburg, and Moscow. This is where the largest development hub is located. It’s also where we’ve opened our new office, which we’ll talk about in this post. 60 rooms, which can accommodate 630 employees.

This space was originally planned as a shopping center in an apartment complex.
It had holes in the floor for escalators and panoramic glazing on one side only.
We were faced with the challenge of making an office that would be a home for our Moscow team – cozy and suitable for everyone. 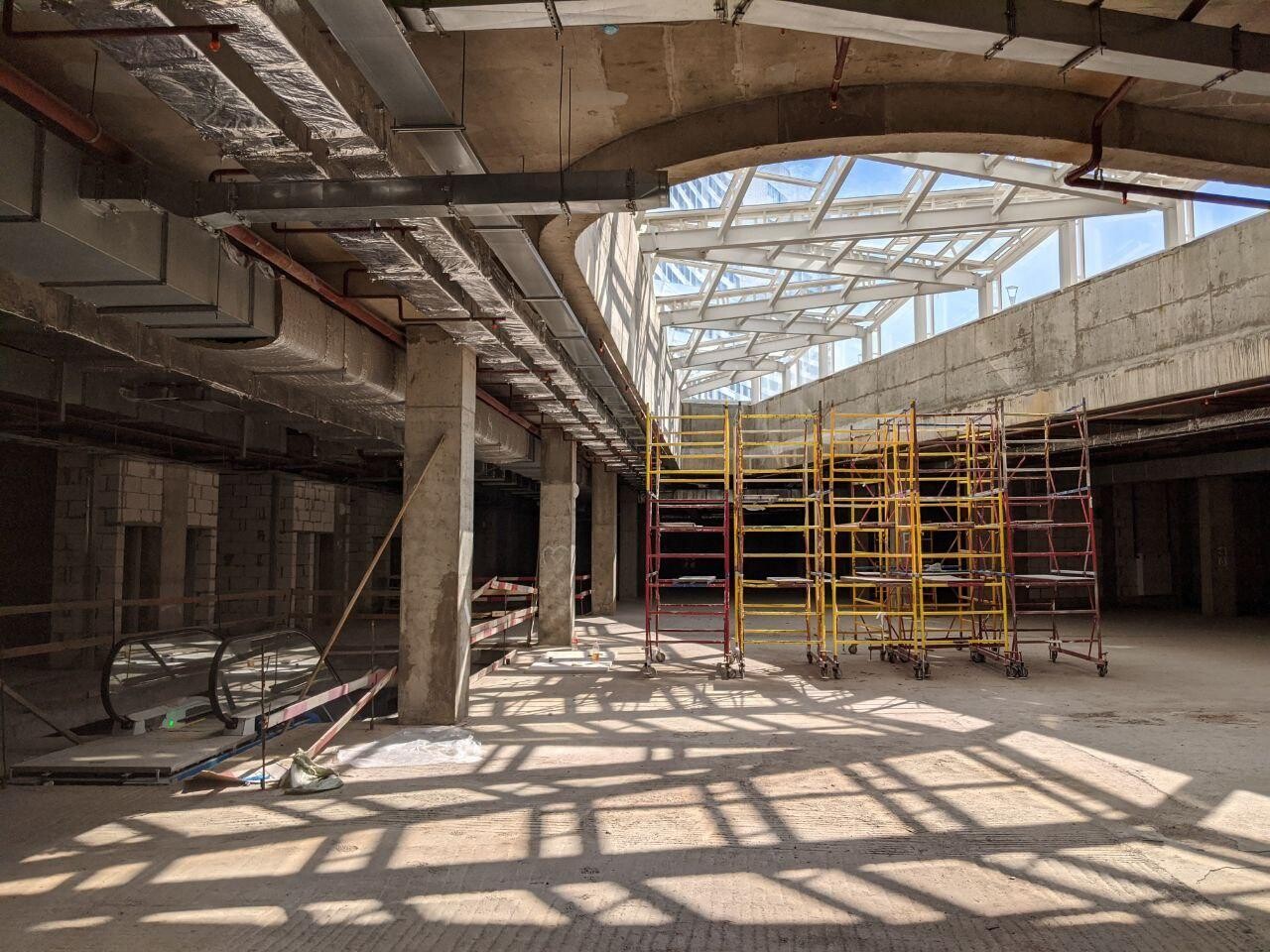 In this post, we’ll show you more recent pics of the office, talk about its concept, and share fun facts and stories about the big renovation that you inevitably face if you build an office at the height of quarantine.

Where does the office start?

Generally, you’d expect a reception desk. However, we’d already decided in our last office not to have a receptionist. This time we went even further and got rid of the counter as well, because we still haven’t figured out why we need it. So we decided to install a food truck at the entrance.

Getting the food truck into the office was a tricky business. At first we wanted to lift it through the escalator holes in the floor. But the builders dealt with them a little too quickly and sorted them out literally within two or three days. So we tried bringing the food truck through the window, but it didn’t work either. After that we found a factory in St. Petersburg and a welder in Moscow. The plan was to bring in a food truck, saw it apart and then put it back together again. But during the pandemic, production stopped and we had to search again. Then we found a production facility where they make small food trucks. We were able to build it onsite. So we did. We decided to fix up a large dark, windowless corridor and add some light to it. That’s how the city-park concept appeared. A total of 1,649 plants were placed here. But there’s no point faffing around with words, just have a look. 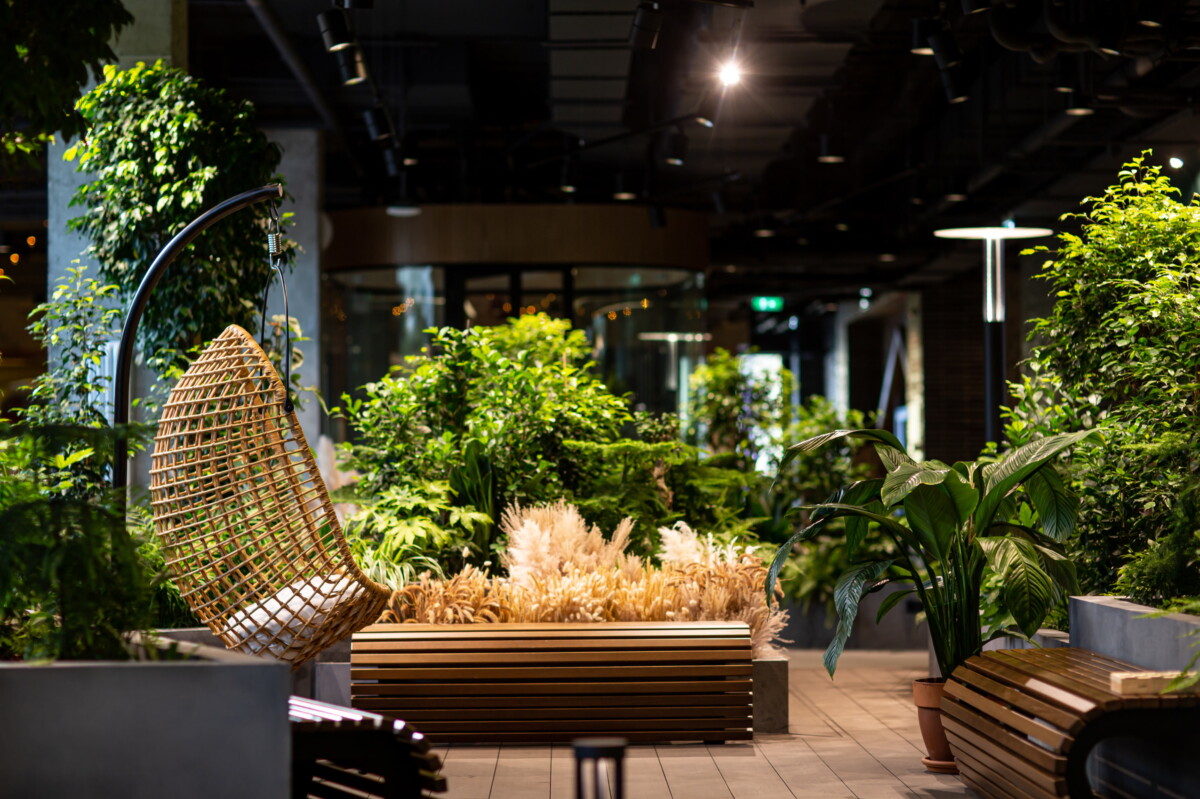 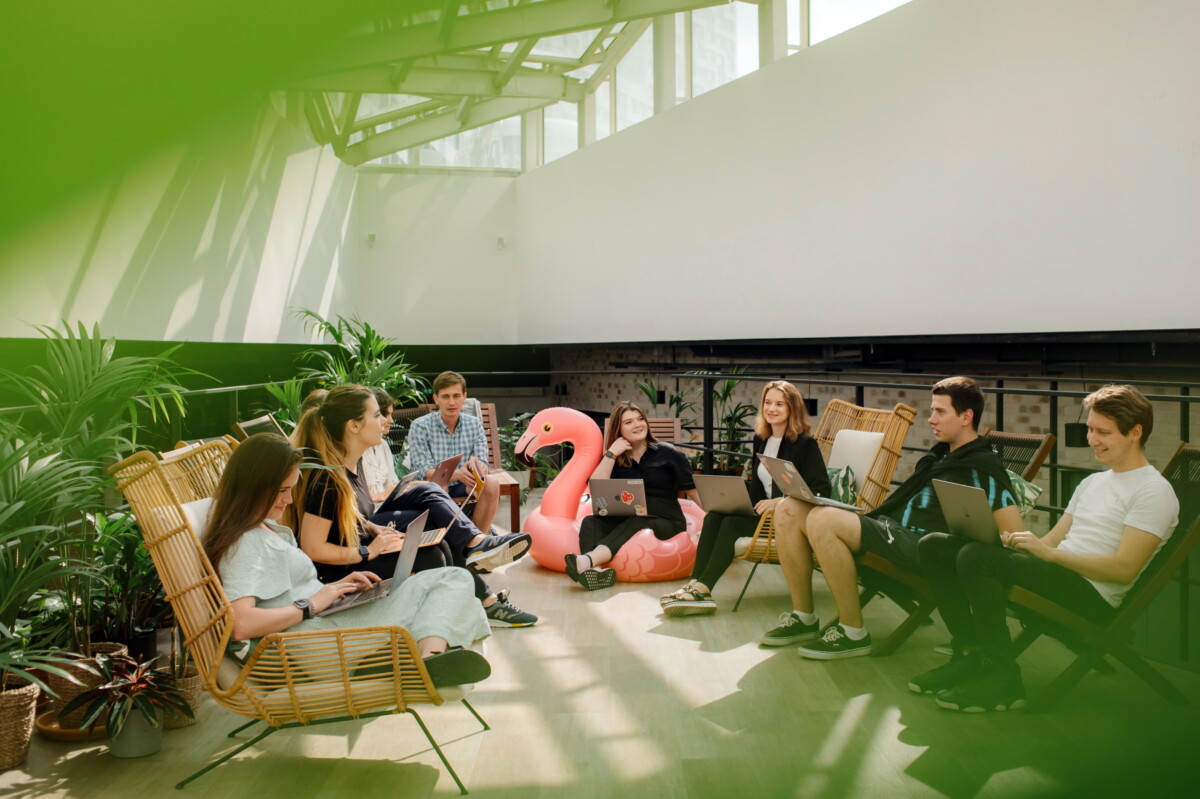 The office is big. Like really big. That’s why we often get around on scooters and skateboards, we have a full fleet of vehicles for this purpose. 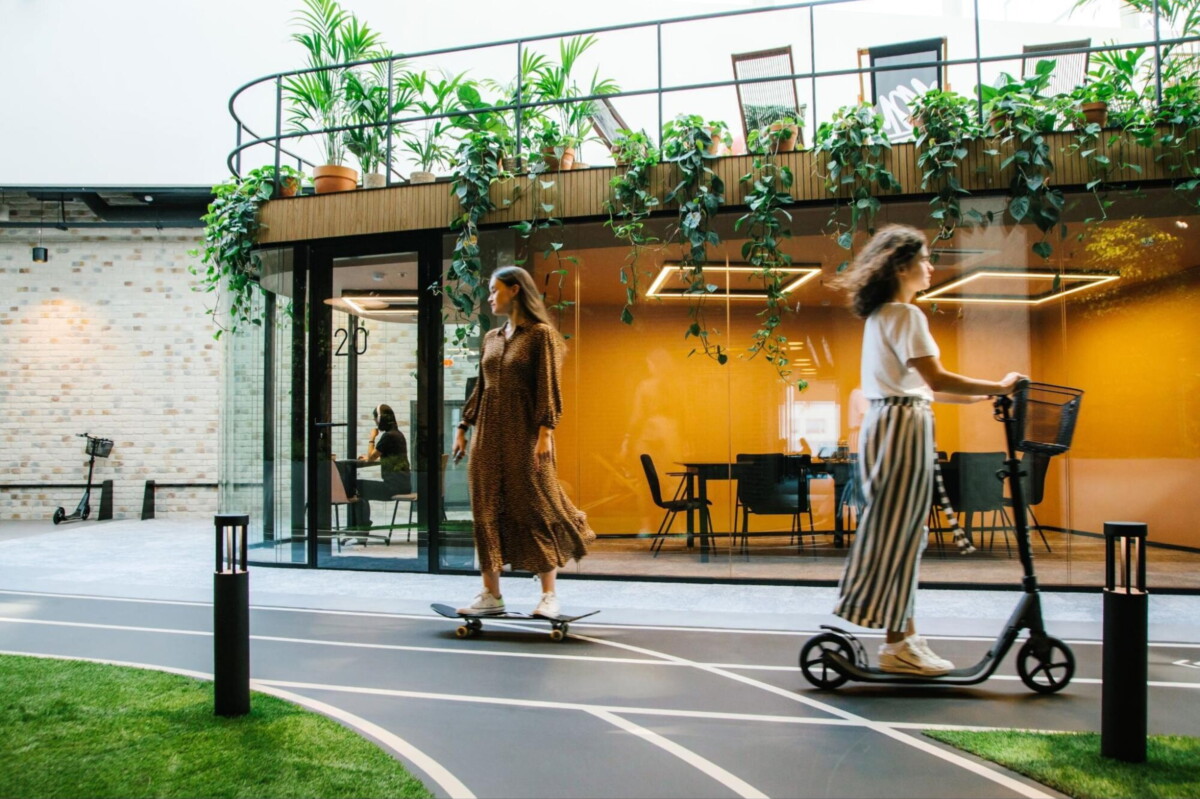 The city-park concept was supplemented by geographical zoning. The office has spaces which resemble Asia, Russia, Europe and America, we did our best to make it as varied as the Joom Group is.

For example, in the Asian zone there are small houses with round windows and signs in Korean, Japanese and Chinese, and an Asian post office, where parcels with Joom for employees arrive. 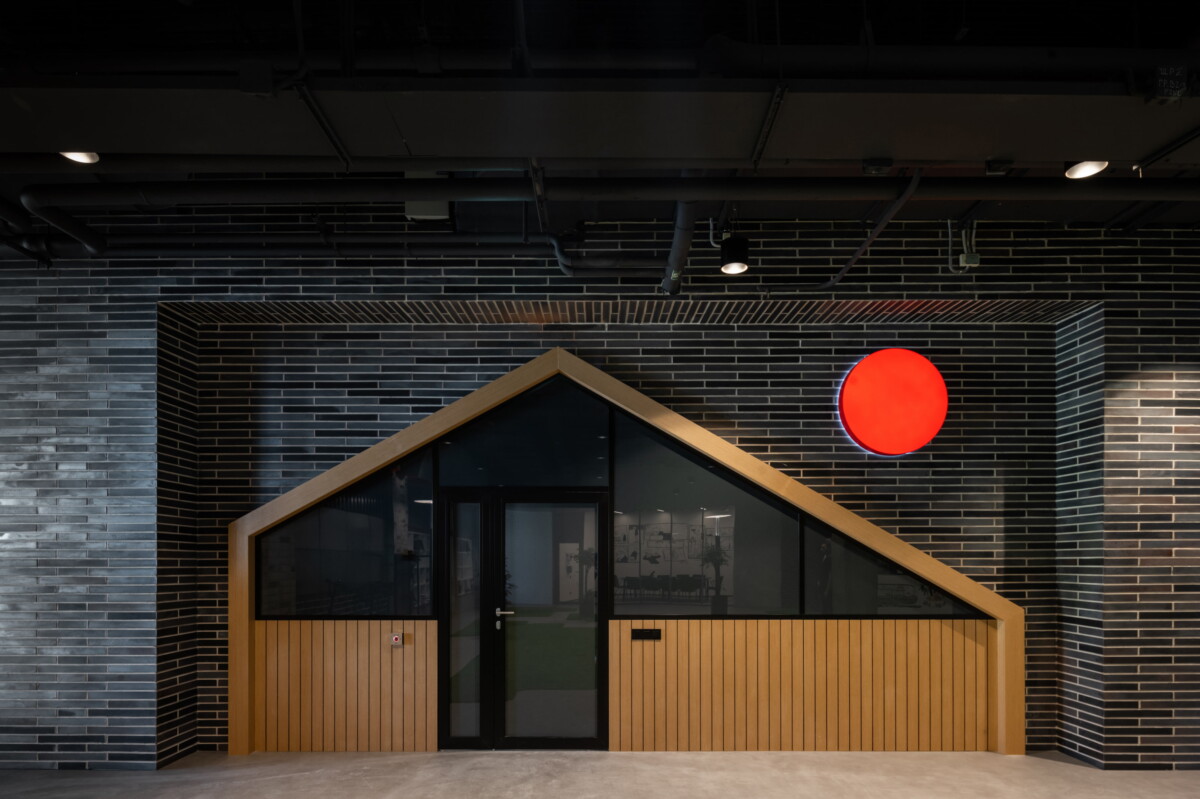 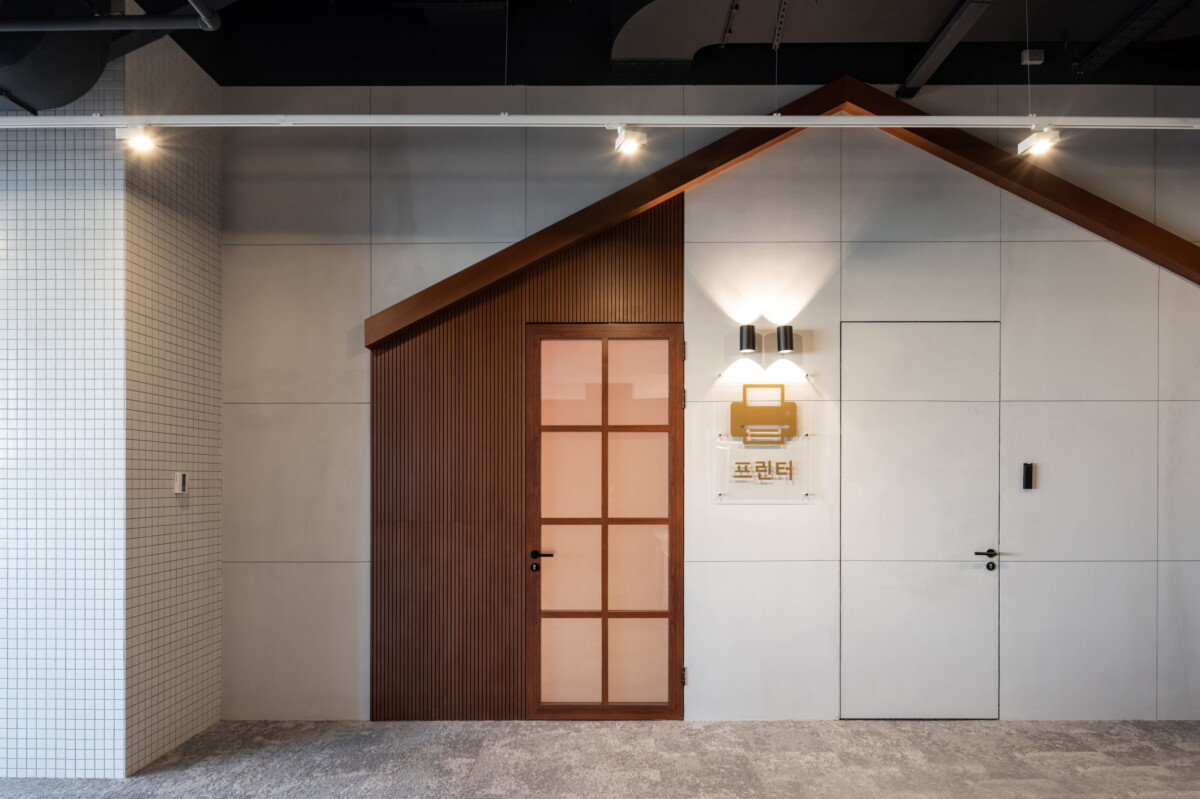 In “Russia” there are grandiose St. Petersburg facades alongside old Soviet apartment blocks (by the way, each of them has an equivalent in real life). 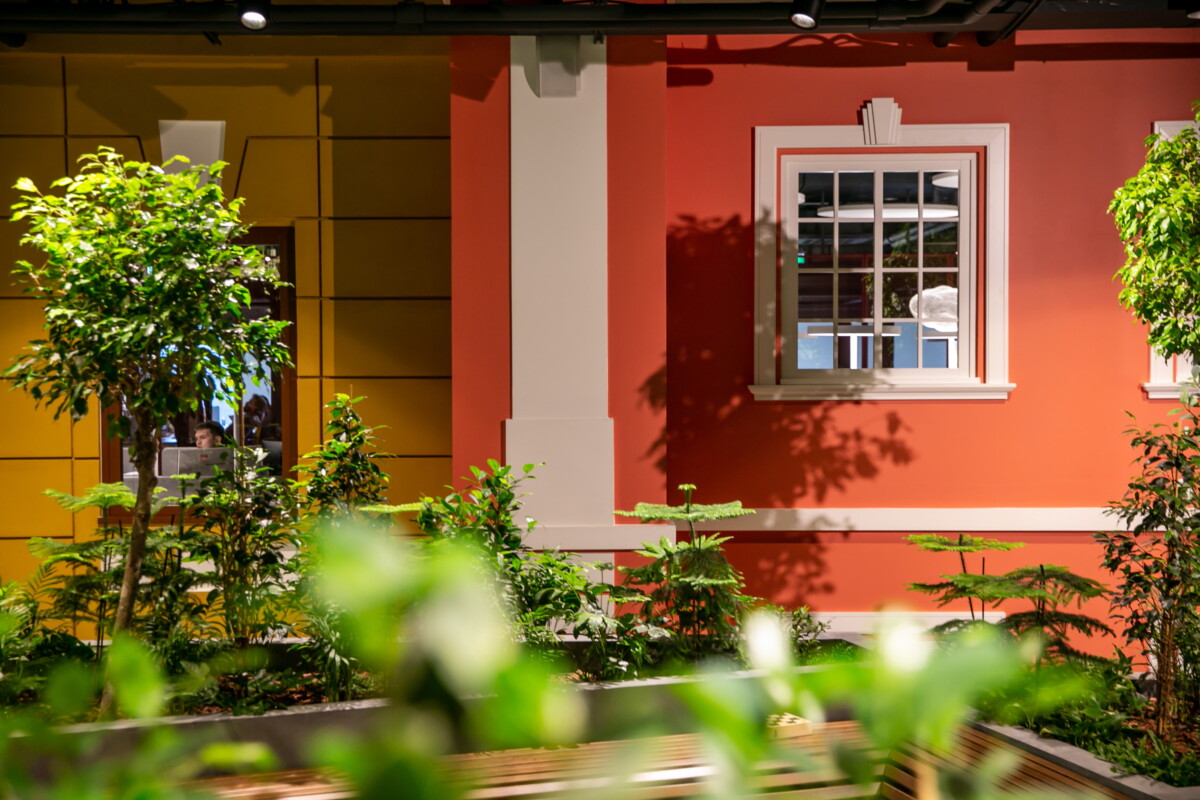 In “Europe” you can see colorful houses and get the same feeling as you might have in small family cafes. 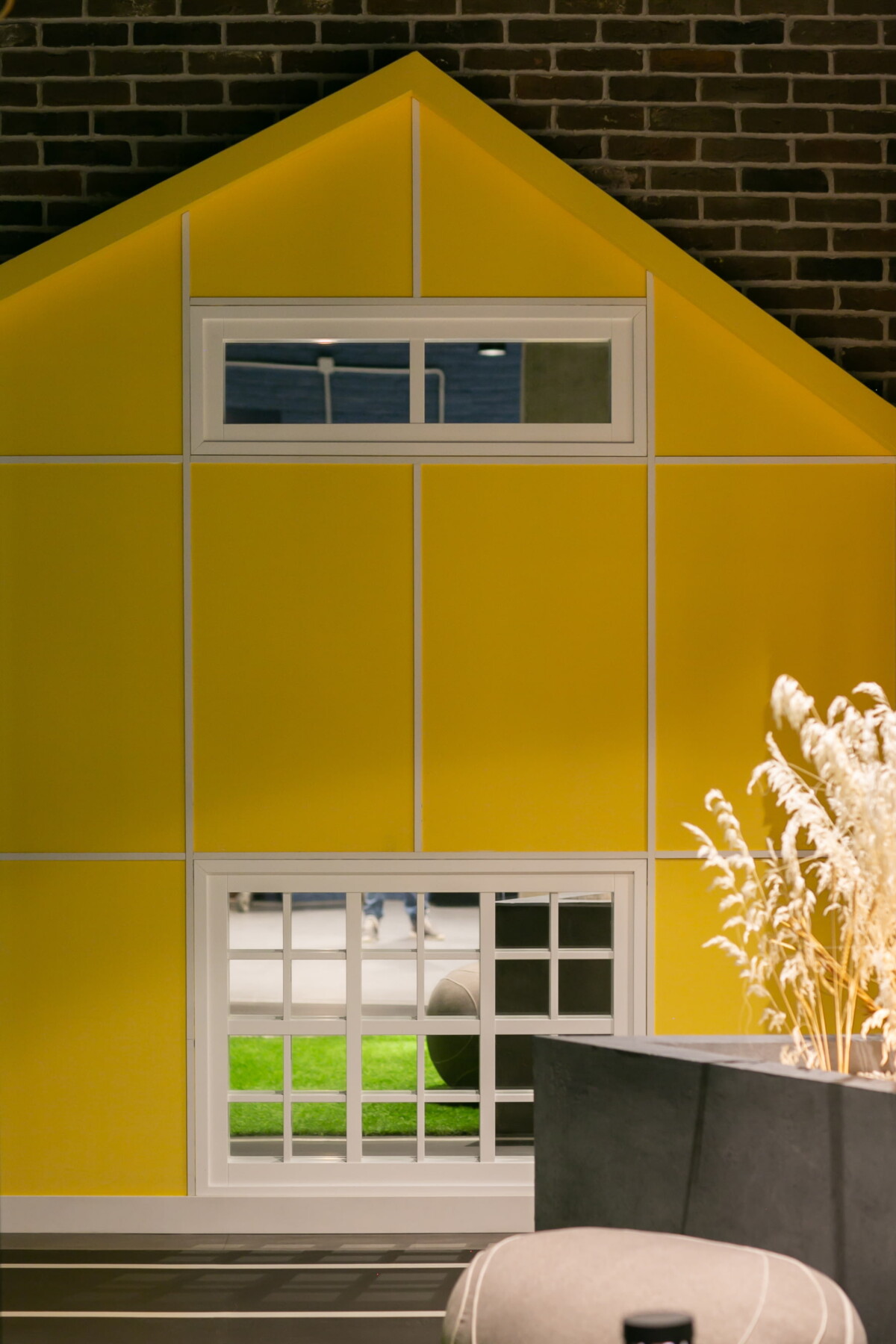 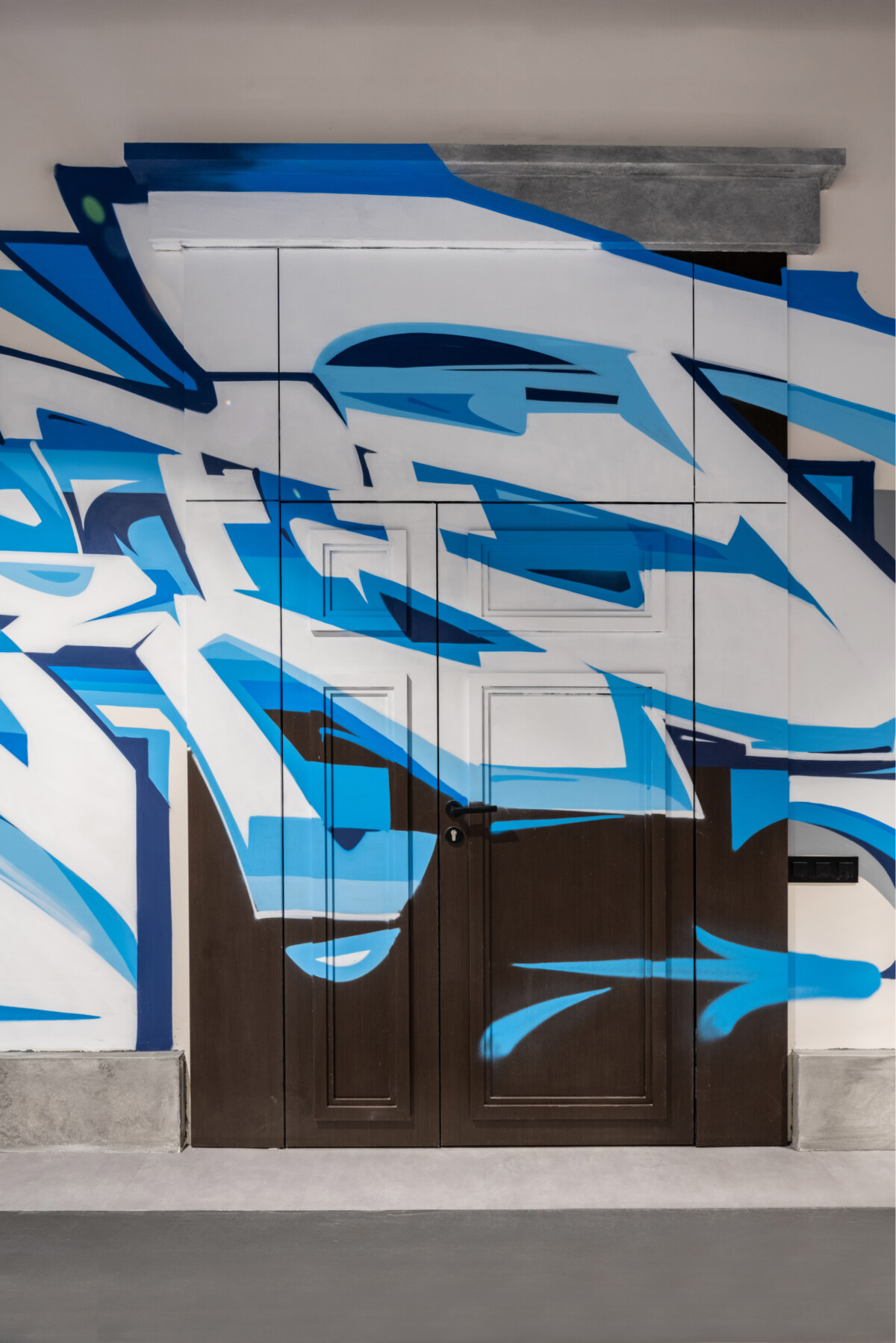 How the work is arranged

The “park” part of the office is very diverse, so the open space area is made in laconic black and white tones. 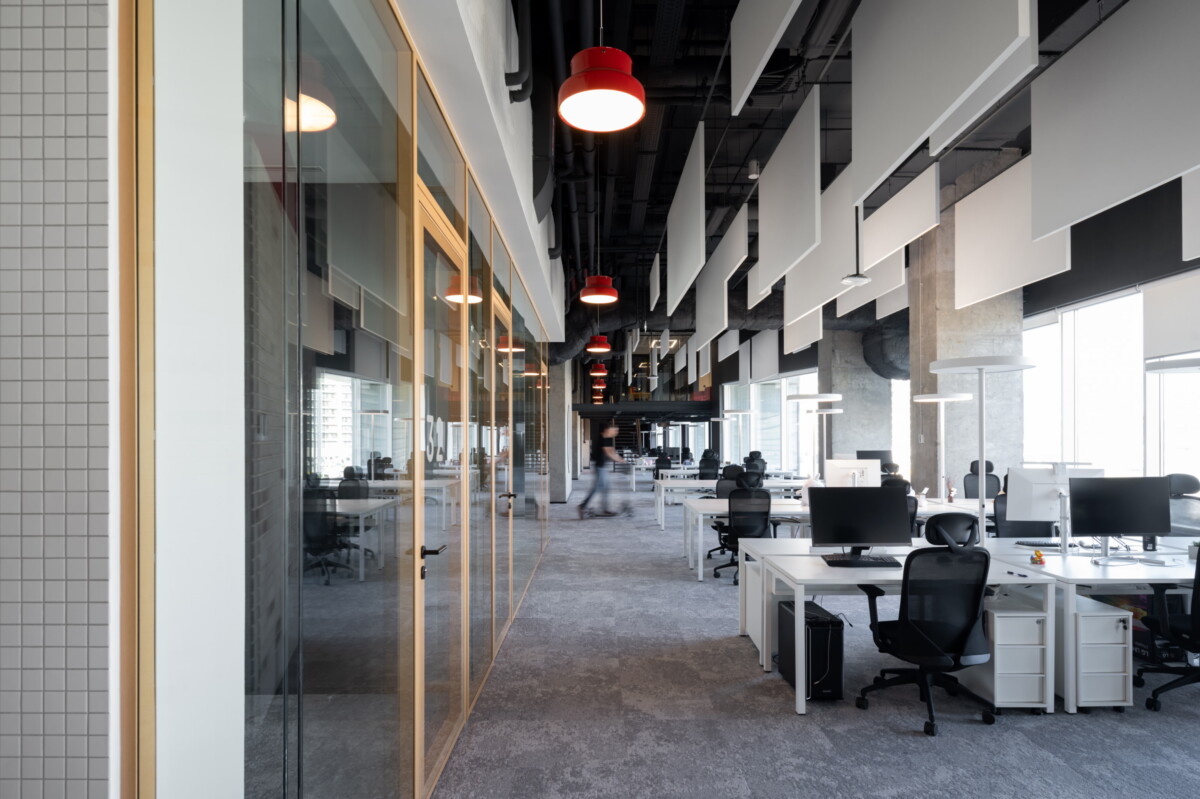 Some of the employees decorate their workspaces themselves – some of them have pictures drawn by their kids, while others have symbols from their favorite programming languages, or references to their hobbies. 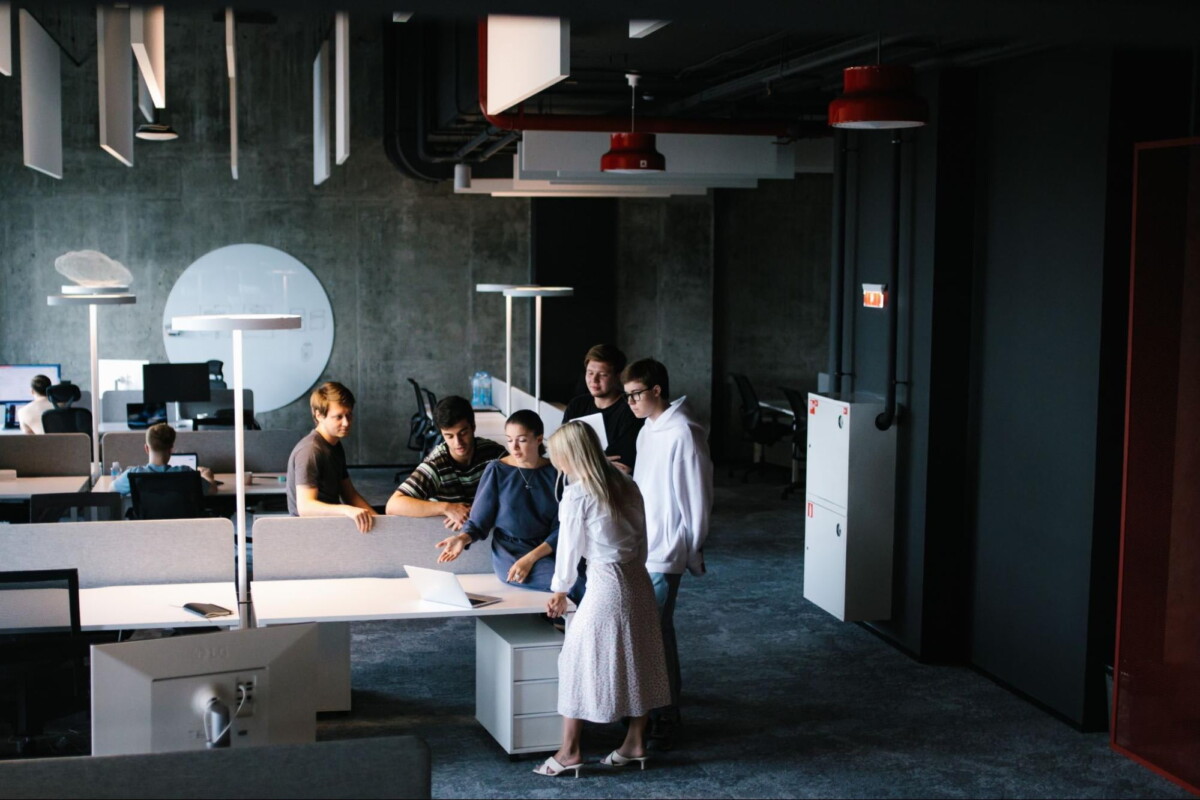 In addition to workplaces, there are 48 meeting rooms in the office. Like the facades in the “city park”, each one of them is decorated in a special way. It’s also pretty important to mention there is nothing specially purchased from expensive Italian designers. The office furnishings were chosen by ourselves with great attention to detail. A lot of the interior items were bought at Ikea. Some of the furniture was made in Russia, and some in China. So we managed to both save money and put our hearts into design. 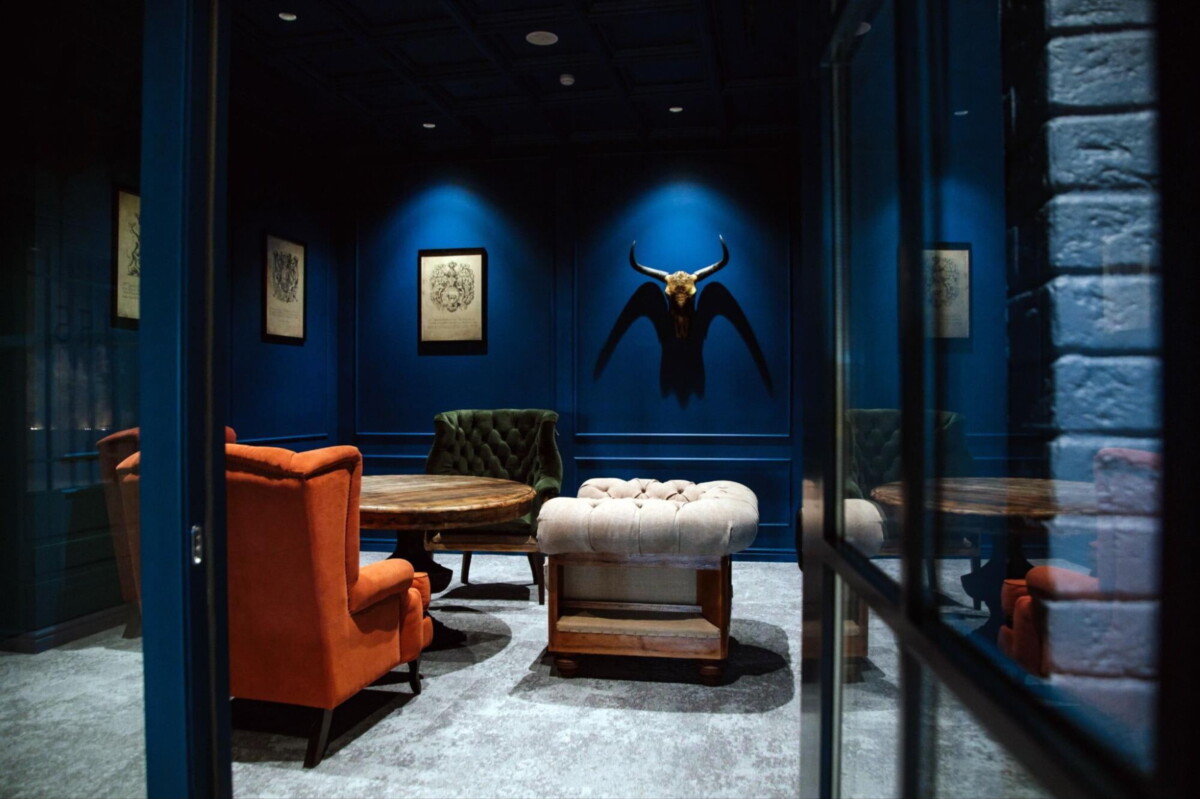 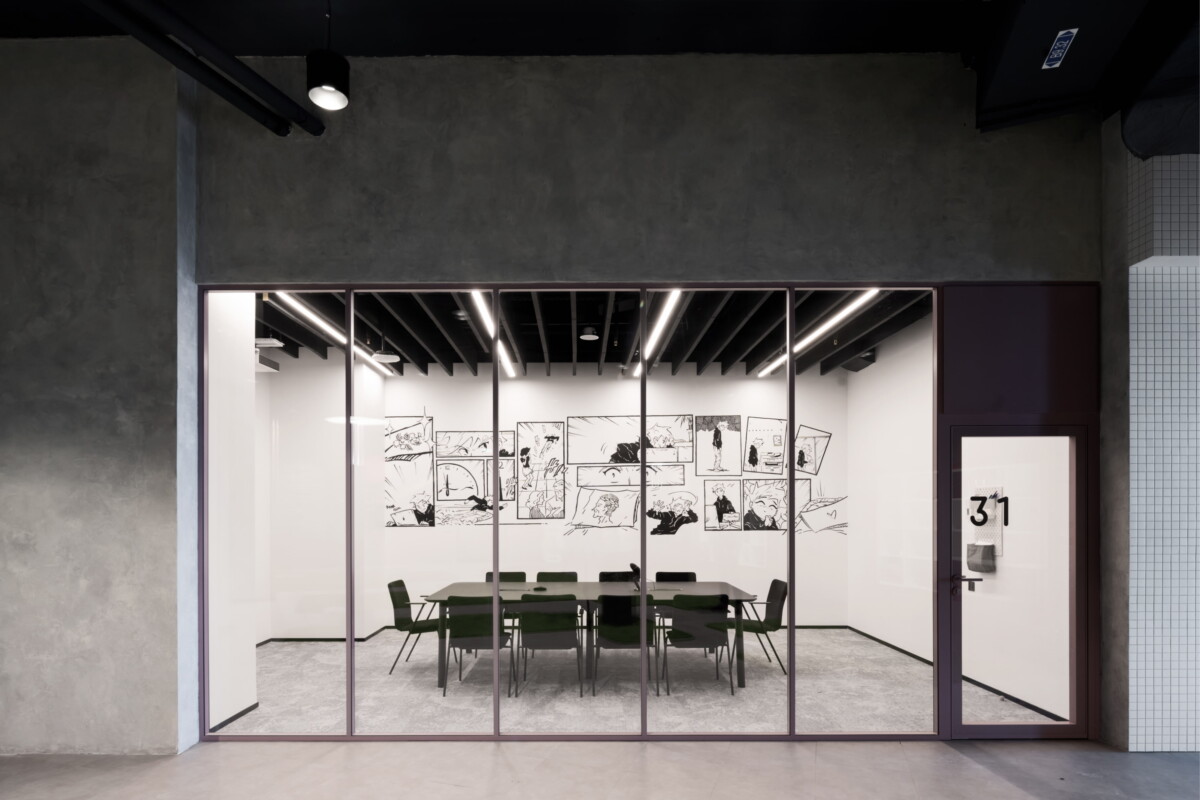 More or less the whole company agrees that this is the coziest location in the office. You can work here while looking at the fire or invite your team to afternoon tea – it’s all here for your convenience. Some of the paintings in the fireplace room have been made by our employees. Here you can also find artwork dating back to the turn of the last century. 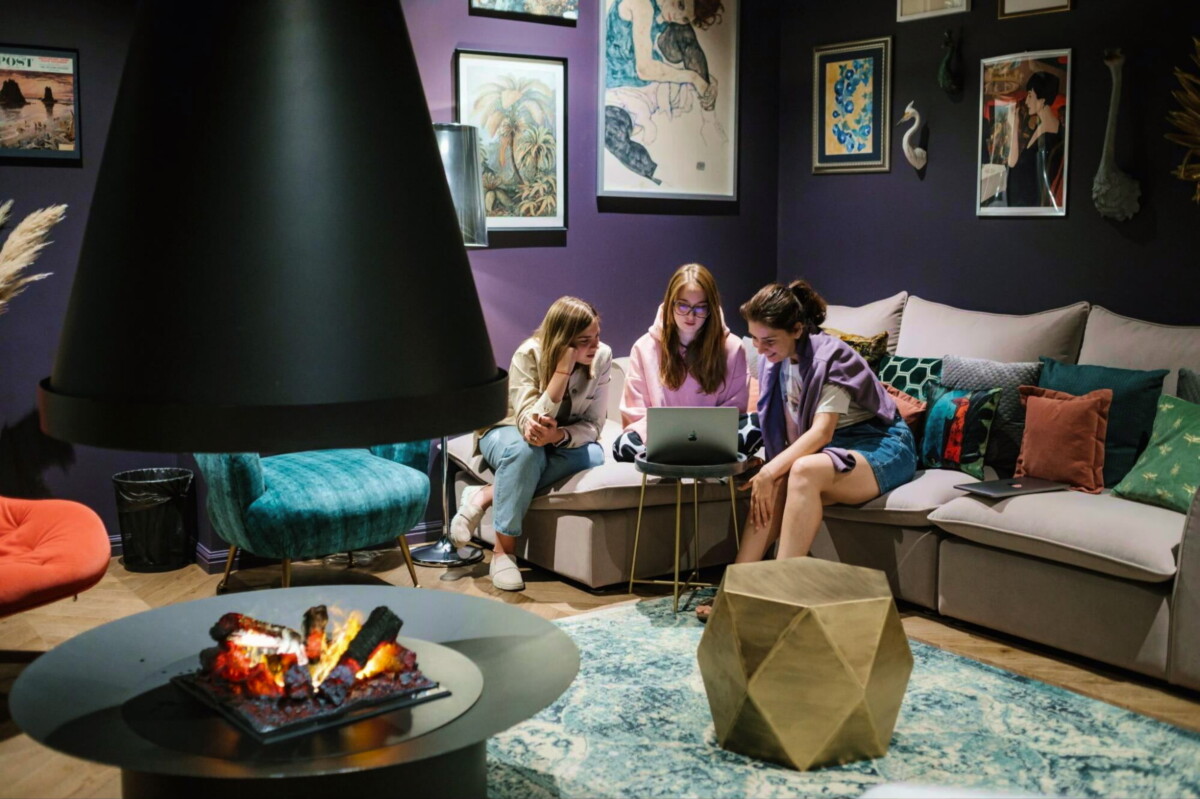 There’s also a secret compartment in the fireplace room, almost like in Harry Potter. It leads you to new knowledge.

A secret door leads to a large and comfortable room for those who love the kind of atmosphere you feel when leafing through a thick tome. Fun fact: we bought fiction classics and many photo books from private sellers, but we had some trouble with business literature (Amazon did not seem to believe that we needed so many books). To get the 105 books, we ordered them to the address of our American colleague, and then we transported them to Russia in small consignments – otherwise the customs would simply not let us take so many brand new books across the border. 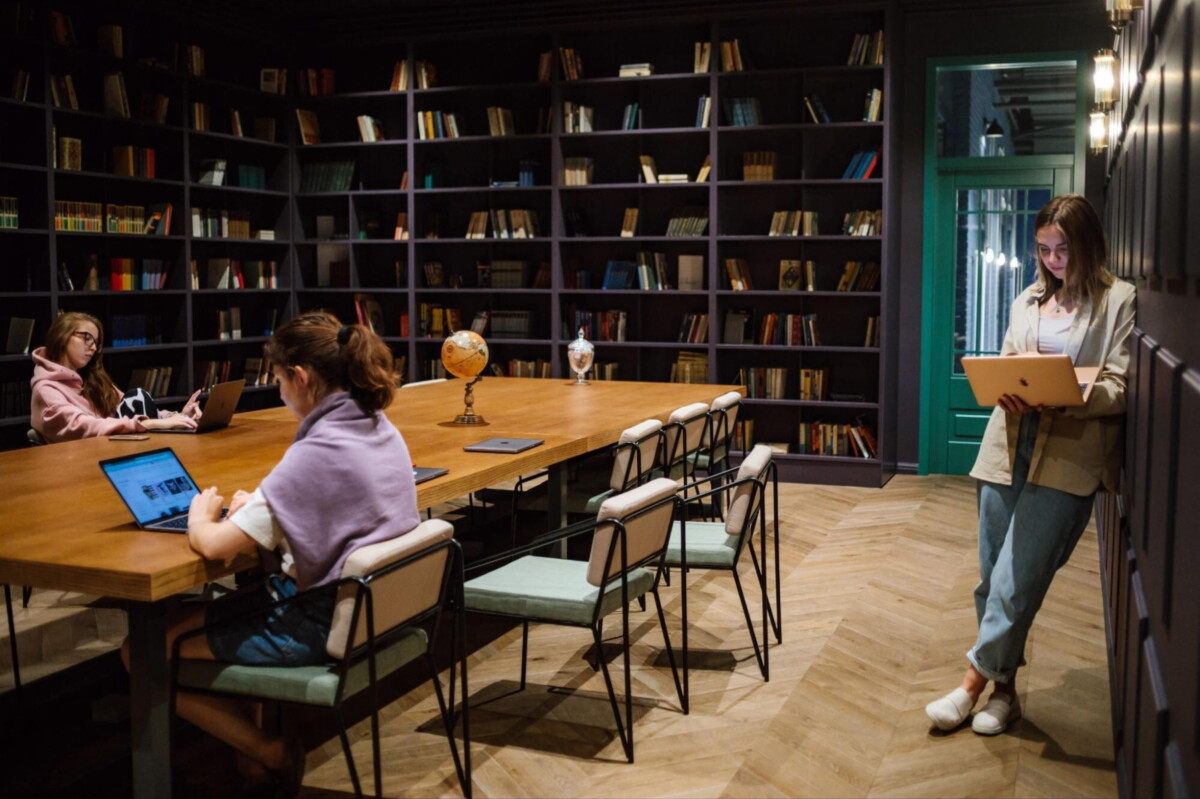 Here are a lot of different board games that the employees get together to play in a special Slack channel. 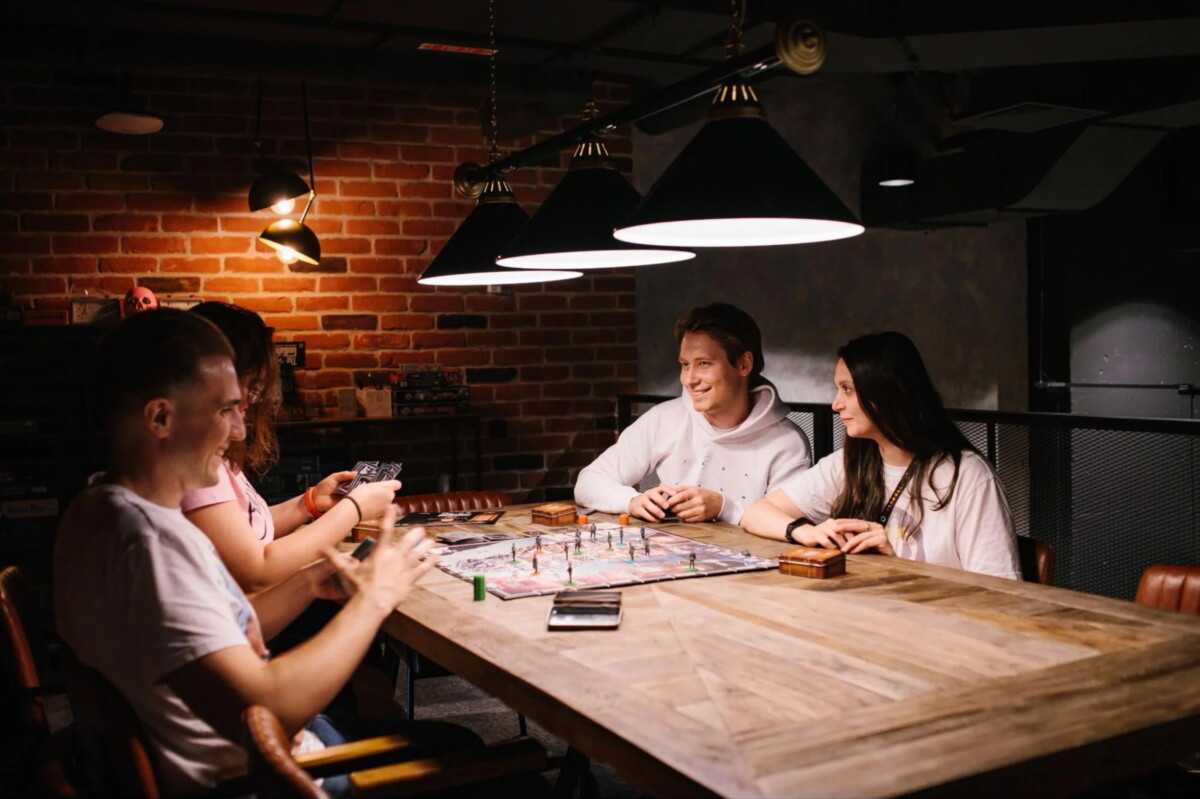 Sometimes they play a simple game of “Evolution”, and sometimes something more along the lines of “Fury of Dracula”. In these cases, everyone learns the rules in advance and can even come to the office on the weekend for the game. Here you can also find table hockey and a PS4, with Overcooked and FIFA being seemingly the most popular.

This is a place where you can take a break in the middle of the work day, perhaps have a nap or quietly relax with a book. 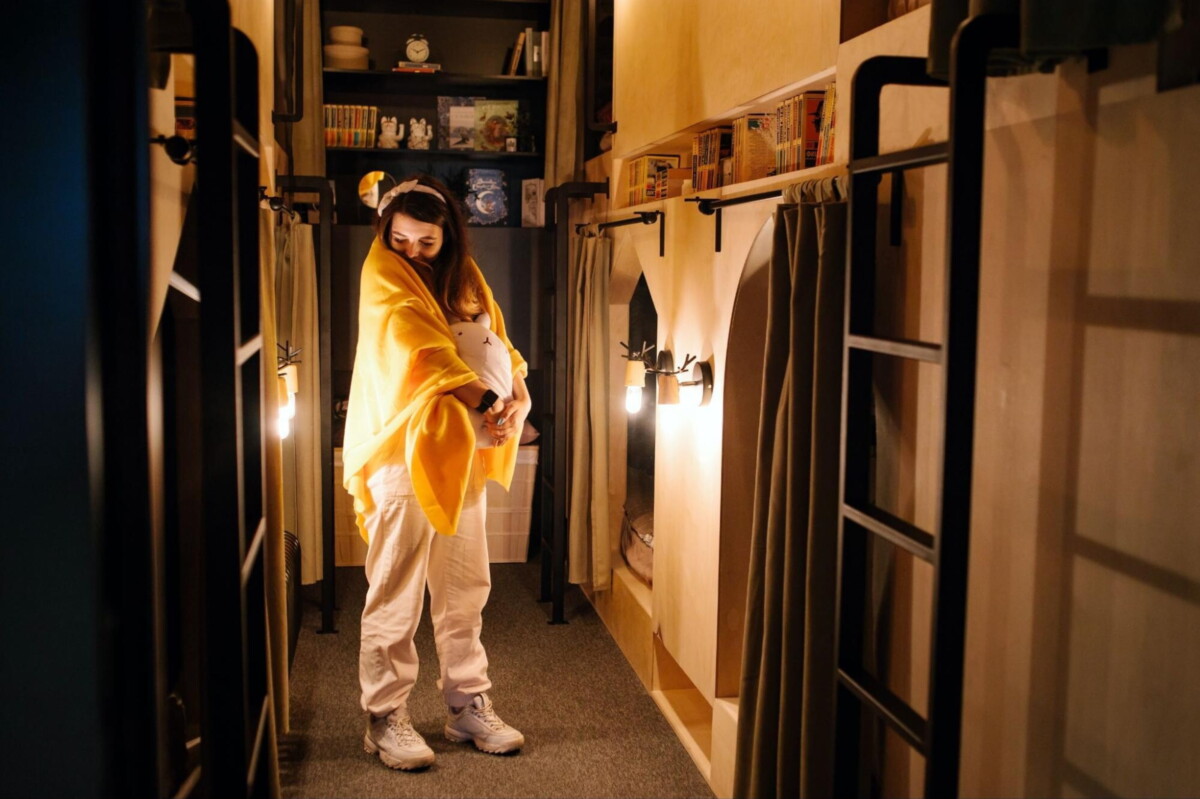 For those who sometimes want to feel like a rock star, we’ve also arranged a location for that. The guys can rehearse in groups or on their own, the music room can be booked like a regular meeting room. You can also invite music tutors here. 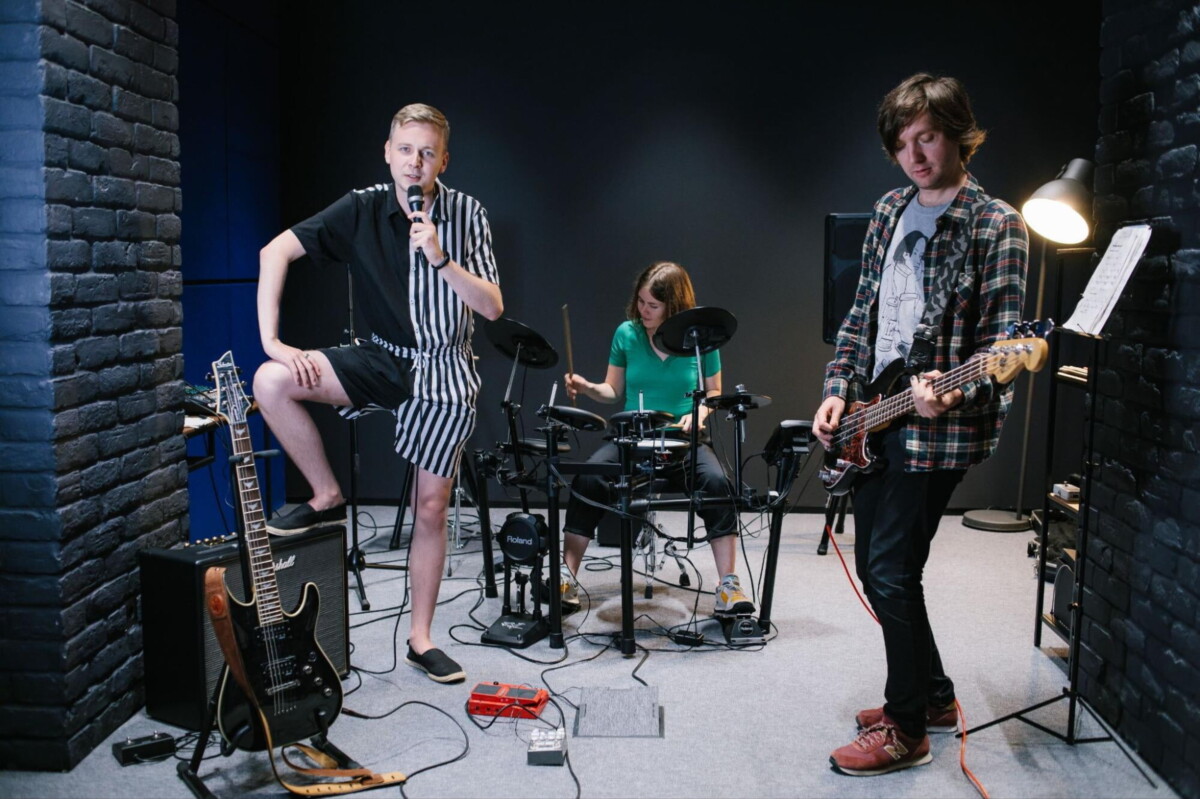 Sports area and another secret room

There is a mini-club for sports fans that takes place here in the evenings. They do tricks on a pull-up bar and even compete with each other. 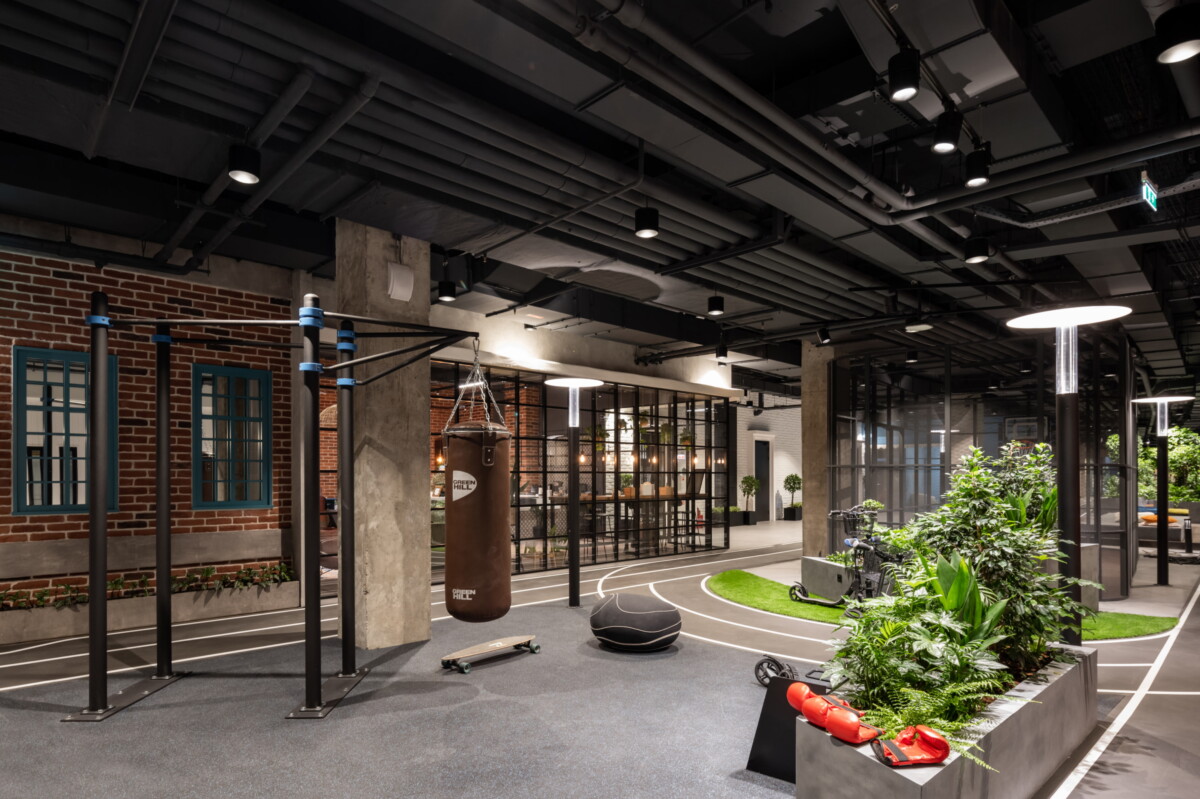 Luckily, for those who can’t get enough exercise in the office, one of the room exits leads directly to the Encore Fitness Club. The office showers, by the way, were planned with this next-door neighbor in mind. We’ve already mentioned the food in the office, except for the fact that there’s now more space for fancy lunches. In January 2022, we’ll open a dining area with a Marketplace, which we’ll tell you about in future posts.

We have thought about locations for big meetings and parties, too. This conference room hosts company-wide meetings every two weeks. We also hold big parties here. 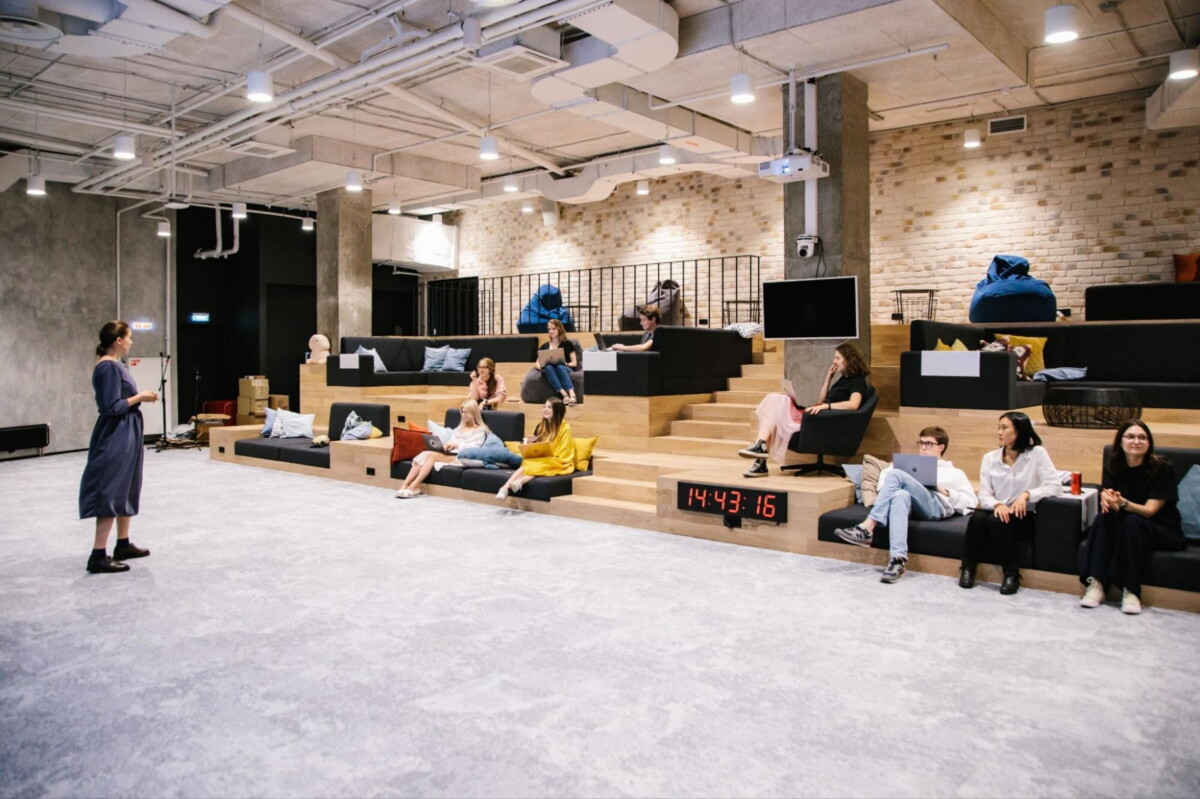 Every week they bring ice cream to the food truck (you wondered what it was for), and then we meet near it and walk around the garden. 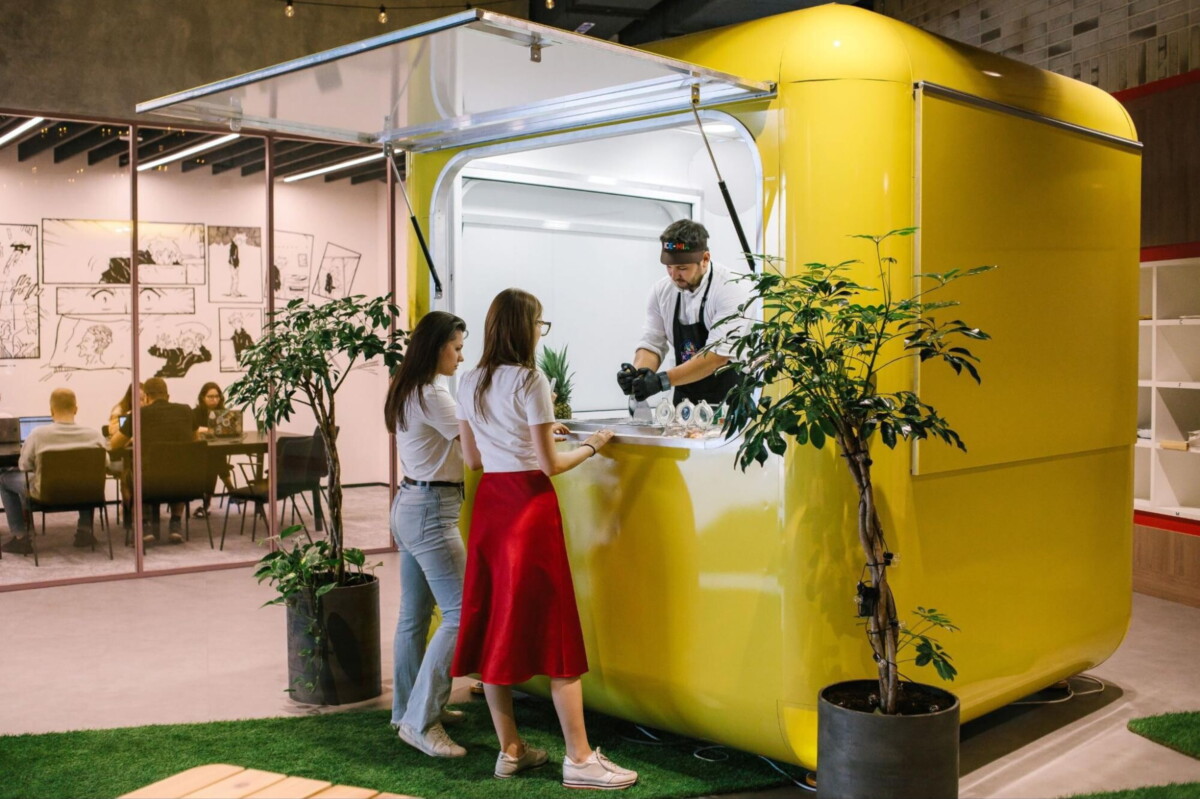 The heart of the office is the coffee shop. Here you can find everything for snacks and delicious pastries, cozy motley furniture and vinyl records. Three times a week, a barista comes here and makes classic coffee and signature drinks. 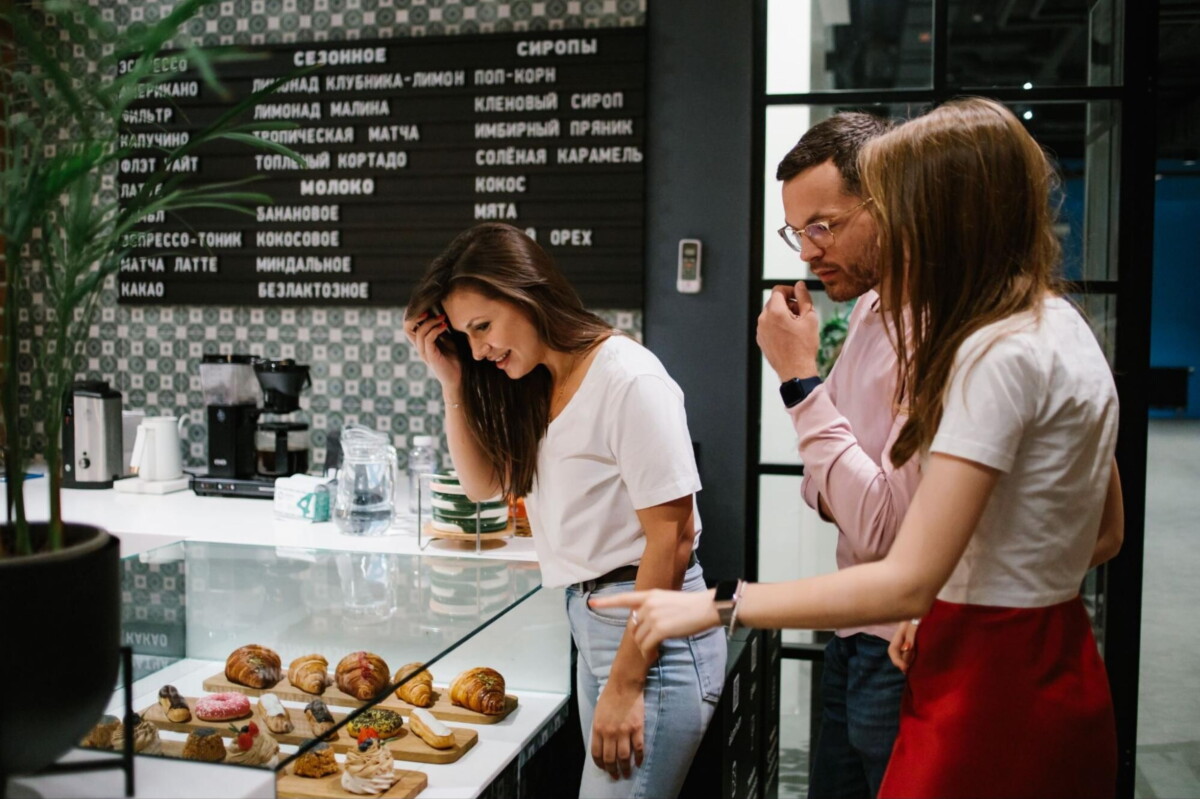 What’s all this for?

By the way, take a look at our vacancies – perhaps there’s something that you might be interested in.